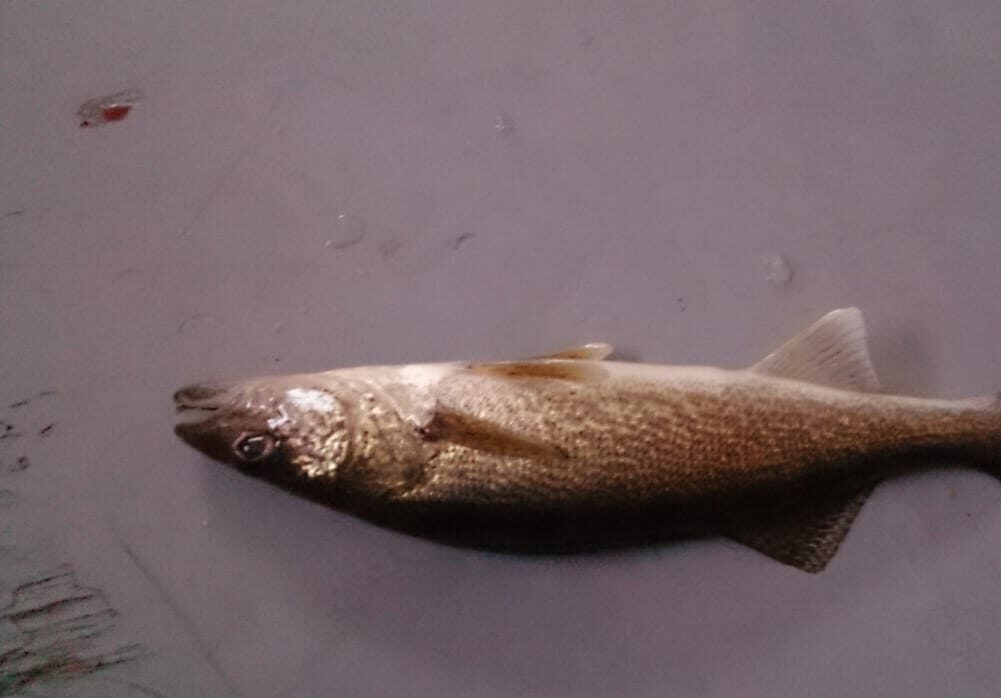 NOW THAT’S FISHING!!! I’ve just come up from two hours of ice fishing in 9′ of water and caught over 20 Walleye.  This past weekend was family day weekend and we had a couple stay with us along with their two young sons.  The hut they were using was in 28′ of water  at the bottom of a drop off which is a typical depth for the middle of February.  They caught a couple of Walleye but the young lads looked a little bored so I moved one of the day huts into 9′ of water, not more than 50′ from their first hut.  I have never ice fished in that depth before so it was a bit of a gamble.  That afternoon the guys caught over 20 Walleye and the boys looked pretty happy (keep in mind that this family knew how to ice fish).  So tonight when all but one group had gone home, I gathered up my gear and went fishing.  Well let me tell you that it was the best ice fishing I have ever experienced.  I stopped counting after 20 Walleye and had to wind up one of the tip ups because it was too difficult to film and deal with double headers, I had three double headers in one hour. I was trying to determine which hook and sinker setup worked best.  I had three setups I was working with; first a drop shot with the hook tied directly off the main line, second, drop shot with a six inch leader off the main line about one foot up, and third and my personal favourite, a 1/4 oz split shot 24″ above the hook.  All three with the minnow hooked at the dorsal as gently as possible.  The first method didn’t catch one fish, I’m guessing it doesn’t allow the Walleye to take the entire minnow in its mouth but who knows. The second method worked alright caught a couple and was easy to tell how close to the bottom you are.  But having the minnow two feet below the sinker allows the minnow to swim in circles. works great.  I caught the bulk of the Walleye on that setup and highly recommend it.  Tomorrow, Tim and I will move half our huts into the shallows, hopefully this trend continues. Below is a picture of one of the over 20 Walleye I caught in under 2 hours. 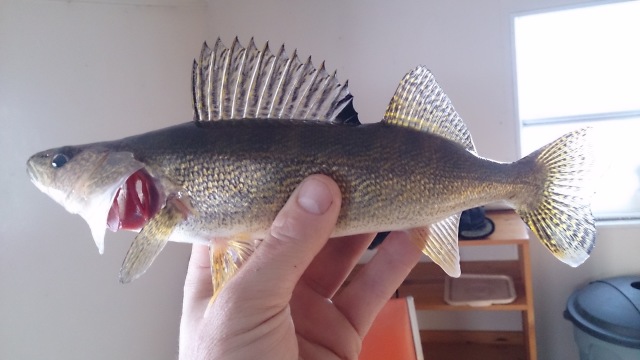 No comments yet. Be the first!