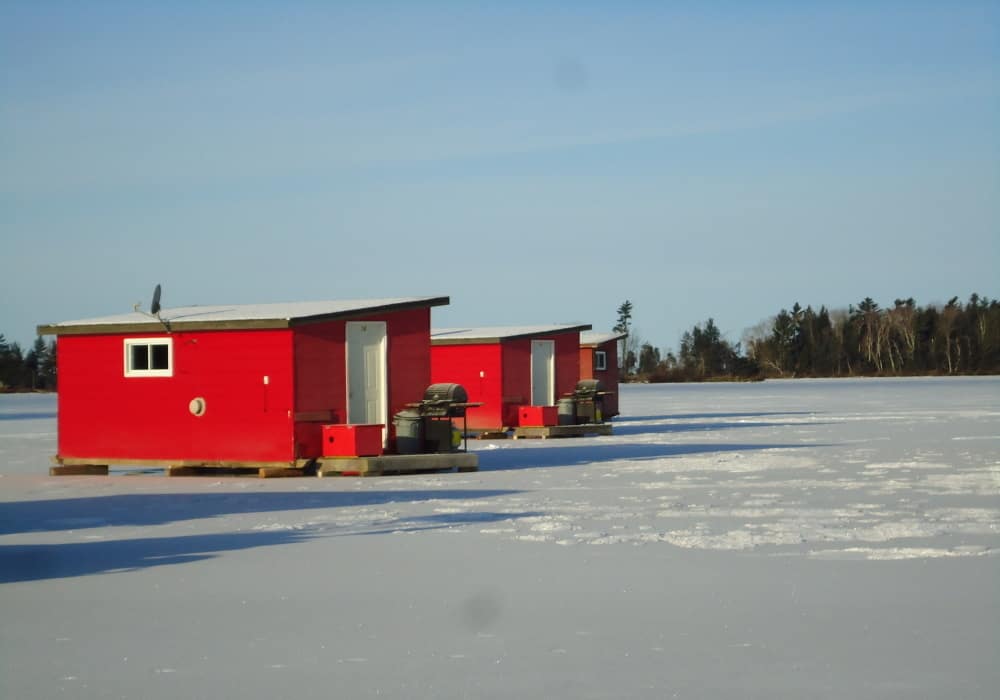 Finally some relatively warm weather. We are expecting a high of -4C this afternoon but the temps will be dropping to -21C this evening.They are also calling for  10 to 15 cm of snow today, which is unfortunate as Scott just finished plowing a pathway out to all the bungalows.

Another blistery cold morning – woke up to -27C. Scott and Tim are out moving some of the ice shacks to the end of Smith Island. Scott likes to move the huts every couple of weeks to freshen things up.

It’s a beautiful, bright, bitterly cold morning. Currently -24C out there but it’s to warm up to -11C this afternoon. Scott was out fishing this past weekend with friends and he realized how important it is for people to understand how to ice fish. The fish are biting so softly that often the fishermen aren’t even aware that they getting a bite, unless it’s a Pike and they usually swoop in and take the tip-ups with them. If using tip-ups you have to be watching the line at all times. The smallest flutter means the minnow is stressed because there’s a predator around. You then have to “GENTLY”!!! (Some of you men need to brush up on the definition of GENTLY:) jig until you feel the fish take the bait and then you have to set the hook. Scott mentioned how they lost as many as the caught. Here’s a photo of one Mark caught, 22 1/2″ and full of eggs, thanks MNR…. 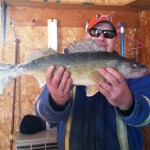 Our midweek group left today and they caught a total of 46 during their stay. Their hut was located in 29′ of water but they found they had better luck between 21′ and 17′.   Tim checked the ice thickness for me today and we have 14 to 17 inches.

Our cottage guests left today and in the last 2 days they caught over 40 Pickerel. The boys said they were biting extremely soft and they said a hook, sinker with a minnow and an extra light rod or tip-up was the most effective way to land them.

It was very chilly for our guests who arrived this past Friday but it warmed up to -11C on Saturday. Once the warmer weather arrived fishing picked up for several of our groups. 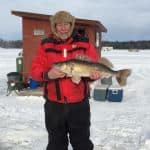 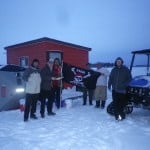 Temperature is currently -28C windchill makes it feel like -40C.

Thanks Jason for providing me with some photos of the opening weekend. 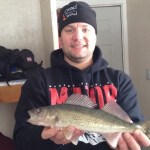 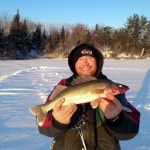 Woke up to -25C this morning. Beautiful brisk day. Scott and Tim are jacking all huts and moving a couple of the huts to spots that were active this past weekend.

What a great start to the ice fishing season! Walleye were plentiful, a few big Pike, some Ling,some Herring but we didn’t see as many Perch as  last year. All in all it was a great weekend. Always a pleasure to see the guys!!!

Sorry, no pictures since Scott refuses to take any and I don’t get down on the ice until it’s time to clean.

It’s a beautiful, bright, sunny day today  – currently sitting @ -14C . Scott and our son Tim are currently getting the satellite T.V.’s up and running in the Super Huts. All the front decks and BBQ’s were taken out yesterday. Thankfully all went smoothly and we’re set for this upcoming ice fishing season! Have a great New Year’s Eve!!! 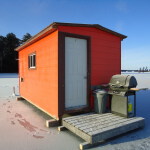 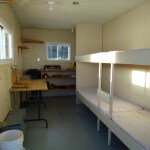 Inside of 4 man hut 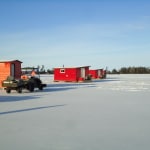 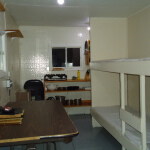 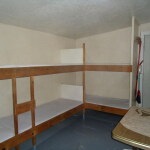 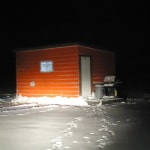 It finally snowed and allowed the guys to bank the huts

The longest day of the year for Scott. It’s the day the ice huts get taken out on the ice. We’ll be ready for our guests arriving January 1st. Temps are currently -13C but with the wind chill it feels like -20C. (It’s bloody cold out there:) 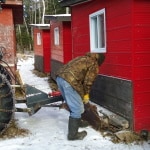 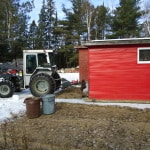 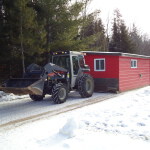 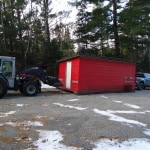 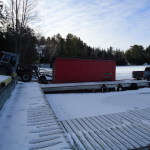 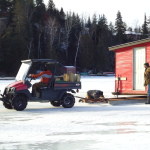 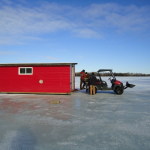 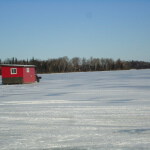 We are preparing for this upcoming ice fishing season! Scott has installed the tracks on our New Holland Rustler. He’ll be taking the huts out on Monday December 29, 2014. We currently have  between 8″ & 10″ of ice and with the 14 day forecast being well below zero we anticipate a great season with good ice. 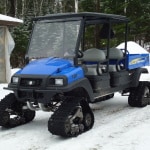 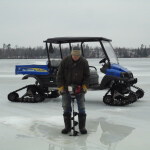 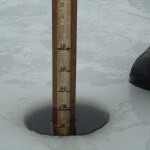 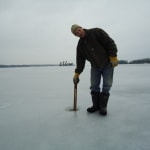 No snow but good ice 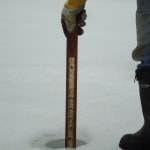 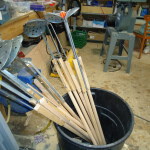 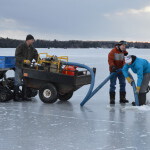 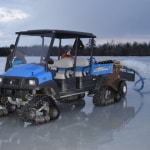