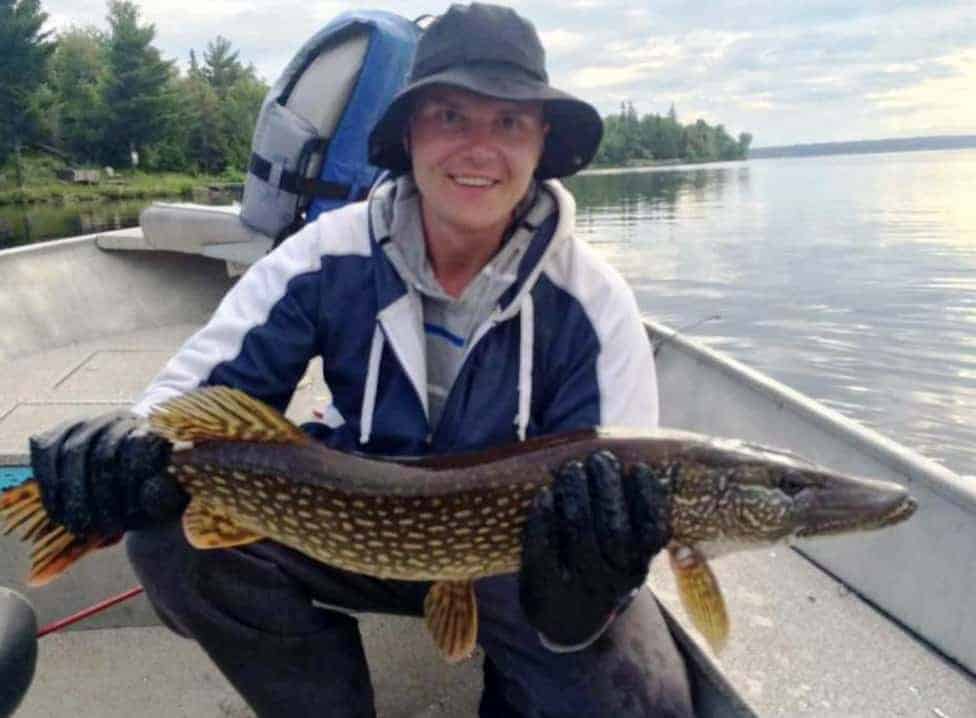 Lake Nipissing is known for some great Northern Pike fishing. We’ve been amazed at the size of some of the Pike coming out of the lake.

Northern pike are most often olive green, shading from yellow to white along the belly. Unlike the similar-looking and closely related muskellunge, the northern pike has light markings on a dark body background.

Northern Pike are known to be an aggressive fish. Their aggressiveness stems from the fact that when food source is scarce they turn to cannibalism. Pike are also aggressive if they do not have enough space as they are very territorial. Unlike species such as perch, pike undergo bursts of energy instead of actively chasing down prey. They do a lot of “lie and wait” until the prey goes by and then they can accelerate extremely quickly as they strike their prey.

Target pike in shallow weedy bays or troll past any point where they suspend waiting to ambush their prey. Bright colour spoons, spinner bait or any stick baits work well on Lake Nipissing.

Pike is one of those fish species that is difficult to fillet as they are very bony.

Fishing for pike is great fun but watch out for their teeth! Care is required when unhooking a pike.

2022 Regulations for Northern Pike on Lake Nipissing: The fishing season opens the 3rd Saturday in May.

Check-out some of the Pike caught by Glen Echo Cottages guests.