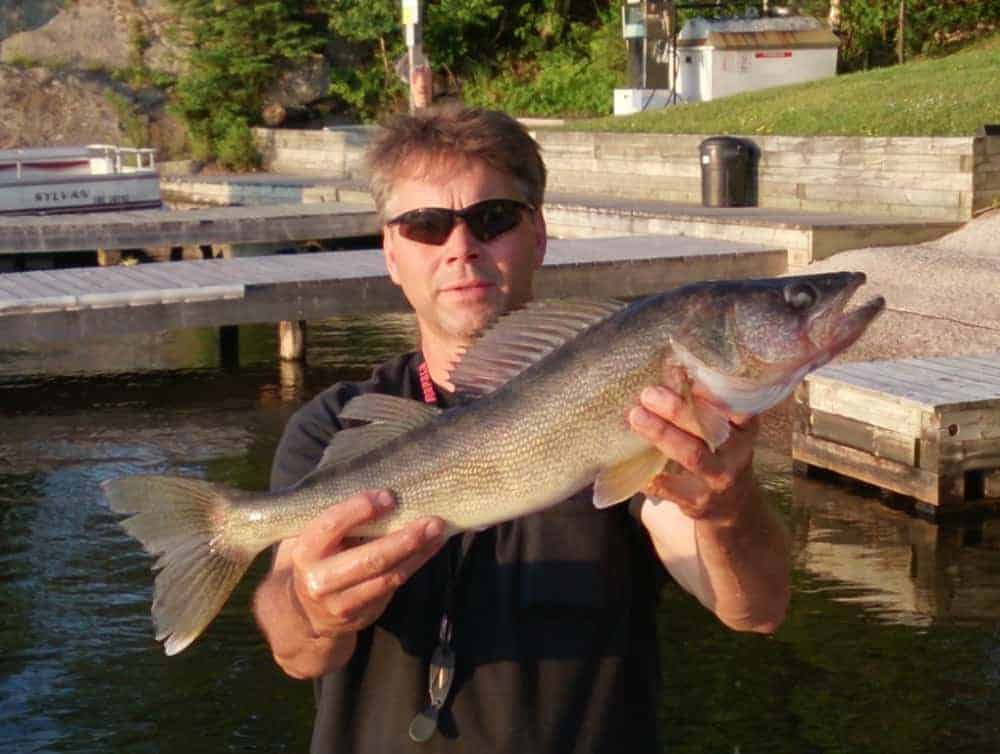 A bit of history on the yellow Walleye currently found in Lake Nipissing.

What is interesting to note is that when the blue Pickerel was over harvested the solution was to do a large scale restocking program which was hugely successful.

Jigheads or worm harnesses are commonly used on Lake Nipissing for Walleye.  Lake Nipissing’s tea coloured water requires light coloured jigheads and worm harnesses. In the Spring you will find Walleye in shallow water (4 to 10 feet depending on water temperatures)  Walleye will be found in deeper water in the Summer, 21 feet being the most common target depth in Callander Bay. When the water temperatures drop in the Fall, look for Walleye off points or around the islands.