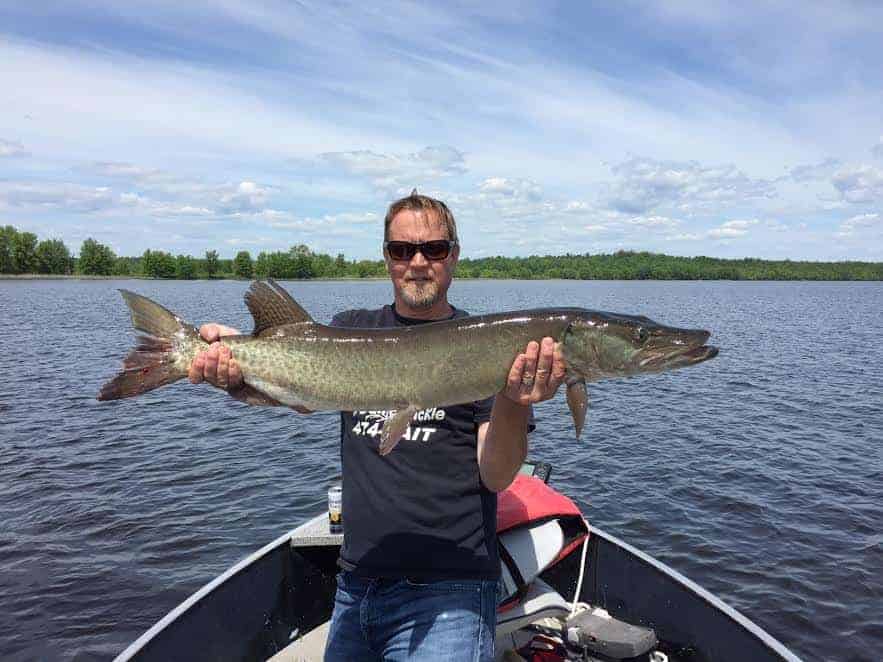 Muskie season opens on Lake Nipissing on the 3rd Saturday in June.

The Muskellunge is the largest member of the Pike family. Muskie’s closely resemble Northern Pike in both appearance and behaviour. Muskie’s usually measure between 0.71-  1.25 metres in length (28 to 48 inches) and weigh ~2.5 to 16 kg (5 to 35 pounds) Muskie’s have an elongated body, flat head and dorsal. Similar to Pike the Muskie will lie in wait for their prey. A Muskie is not very maneuverable but they do attain impressive speeds and are very strong. The Muskie will do a lot of head shaking in an attempt to dislodge a hook.

Juvenile Muskie’s are at risk of being consumed by other muskies, northern pike, bass and occasionally birds of prey. The only threat to adult Muskies are humans. Due to the Muskie’s low reproductive rate and slow growth this makes them vulnerable to over fishing.

We encourage catch and release of the Muskies on Lake Nipissing.